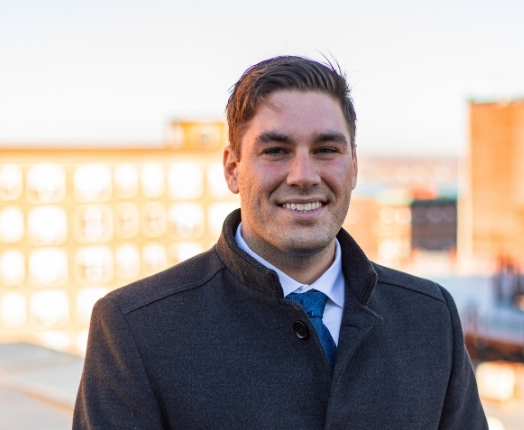 Josh began his career in commercial real estate in 2011 as an asset manager for Lincoln Center Property Management. At LCPM he oversaw more than 1 million square feet of retail, office, and industrial space in throughout Southern Maine. Josh made the transition to brokerage in 2014, and soon-after, launched Maine Realty Advisors in 2017 as the state’s only full-service commercial real estate firm. MRA has consistently been a leader in both commercial brokerage and asset management.

Josh specializes in investment sales and has facilitated high-profile transactions in Maine, Vermont, New York, Maryland, and Florida. Josh has completed both sales and leases in excess of $250m, consistently making him one of Maine’s most prolific agents. In 2021, CoStar honored Josh as a Power Broker for topping the industry in sales.

A Maine native, Josh graduated from Freeport High School before attending the Maxwell School at Syracuse University. In his rarely found spare time, you can find Josh coaching basketball at Waynflete School or enjoying the outdoors with his beautiful wife and daughter. He aspires to be a proficient guitar player and Arabic speaker.