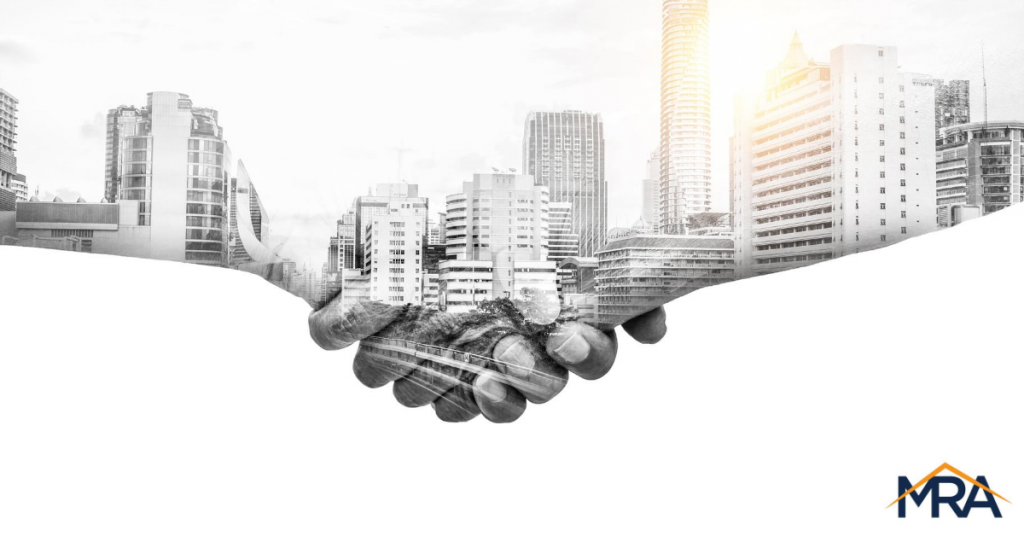 The Art of the Off-Market Deal

Successful agents and investors in this market are facilitating transactions quietly and under the radar. These types of off-market deals have become the preferred method by which commercial and industrial real estate deals are handled in The Greater-Portland Area.

Competent commercial brokers avoid publicly listed buildings for the most part. There is no need. The buyers are fixed, the prices are known, and the demand exists. Hard-won knowledge is capital in today’s fast-paced markets, and is often the only thing standing between a successful investment and losing money hand over fist.

The local market has excelled since 2012. While many economists believed values could not continue to increase to where they are today, it’s still possible that we have not seen the peak. Finding properties NOT yet on the market is the only way to stay above the competition.

Josh Soley, founder of Maine Realty Advisors, sees this as an accelerating trend: “Here in Portland and Southern Maine, commercial brokers are getting better and better at working with each other, predicting roadblocks, and delivering the right properties to investors.”

Prospective buyers interested in developing a relationship with a Maine-based broker are able to tap into local tiers of influence, which means they have boots-on-the-ground knowledge not just when it comes to finding the perfect property, but also with banks and other local entities critical to a successful deal.

“Southern Maine, especially downtown Portland, contains a thriving retail, industrial, and multifamily real estate market,” says Soley. “There is also no doubt that it’s the buyers who have the strongest relationships with their brokers who are finding deals right now.”

“I would say that the majority of solid investment deals happen off market,” says Sylas Hatch, an associate at NAI The Dunham Group. “By and large, if it’s a good investment deal, it’s off market.” And, he notes, the buyer side demand is high right now. “There’s a real lack of industrial inventory in Southern Maine and it’s probably going to keep trending that way. Rents are going up in that sector. There’s a large difference in cost between renting in an existing space compared to a new building, so I don’t see a lot of new projects coming up to change the equation.”

One thing that is possibly affecting deals these days: bank financing, another area where relationships are key. “Lenders are a bit timid right now, but they’re still making investment capital available for those who qualify, especially existing clients,” says Hatch.

What this all tells us: Serious investors are working fast and feverishly to get deals done quickly as the window in time presented by current events won’t last long. There’s a plethora of investor capital waiting to be spent, especially when it comes to industrial and commercial space. That, mixed with a compression of interest rates, meaning capital-laden investors are literally chasing deals these days.

“Everybody’s calling around, trying to get deals done. The amount of deals out there haven’t gone up or down since COVID-19, but investor demand has definitely increased,” says Hatch. “They were already there, but on the sidelines, waiting for the right time, and a lot of people think now is the right time.

“In our area of the state, the value of industrial and commercial properties have continued to climb, but that’s nothing new [in Southern and Central Maine].”

Typically, in the past, commercial real estate brokers used the New England Commercial Property Exchange (NECPE), CoStar, LoopNet, & CREXi to advertise properties for sale. This is now the digital market, and has its place in dealmaking, but in many cases it isn’t as effective as good, old-fashioned, human-to-human interaction.

“When I’m approached by a seller, I assess the deal, then may choose to contact a certain broker,” says Tim Millett, a prominent commercial broker at Porta & Co. “Sometimes, just through conversation and problem solving, we can discuss prospective buyers, consider their objectives and criteria. Then, we customize the deal to meet the needs of both parties.”

“Some sellers don’t like putting their properties online,” continues Millett. “It can cause disruption with tenants in the building as tenants see strangers walking around the property. On the other hand, buyers like buying properties off market because they feel like they’re getting an inside look at a property that hasn’t been vetted by the general public.

“I think the key is that there’s trust amongst us and we don’t necessarily feel like we need to go through the steps of signing all of the binding paperwork that’s typically involved in listing a property, getting a co-brokerage, or listing agreement, can scuttle a deal.”

“Once we match a potential buyer to the seller, we immediately start avoiding (and removing) obstacles that could kill the deal down the road,” continues Soley. “With off-market transactions, there’s a level of control between all parties involved. There’s no misdirection, no last-minute changes, just both parties working toward a mutual goal.”

Whether a seller or a buyer, the negatives of this type of exclusive transaction are few and far between. That is, as long as expectations are set-and met.

MRA is always working to increase the level of cooperation between local, in-the-know brokers. “Conducting these off market deals is pretty commonplace,” says Millett. “What I think MRA is trying to highlight is that in the past, many off-market deals were kept internal, but in the last few years that barrier has been broken.”

A strong, honest, and open relationship of trust and cooperation between brokers enables business to thrive in this marketplace. “When you’re dealing with people you don’t trust, you’re more hesitant to bring up an off-market property because there’s a chance the other broker or buyer can call your seller or buyer directly and cut you out of the deal,” says Millett. “Whereas, when I’m doing a deal with Josh or anyone at MRA, I know they’ll honor the information I’m sharing with them.”

The paucity of suitable, competitively priced commercial properties in Maine has engendered a sentiment among investors that once a property has hit the market, and there’s a sign in the ground, it’s too late.

“When you have a pocket listing or an off-market property, very few people know about it, so buyers know that there’s an advantage to getting those deals,” says Millett.

Also Check Out These MRA Articles: